August 31, 2017, 10:56 AM News, Politics, Society, Via Social Media
Of course they did. That's what decent and honest hardworking people do.

"When they realized they were stuck, they decided to keep themselves busy and help the community and made as many loaves of bread as they could. By the time the owner managed to get to them, they had made so much bread that we took the loaves to loads of emergency centers across the city for people affected by the floods."
Comments

August 30, 2017, 04:38 PM Nature, News, Science, Via Social Media
This is why insects will survive way after the human race has completely damaged the environment or bombed themselves to death.

Insects are highly adaptable and have a killer survival instinct that humans no longer possess.

August 20, 2017, 12:12 PM History, News, Politics, Via Social Media
Good overview that outlines the players in this drama for those of you that may not have been following these events.

Much of today's rhetoric uses words that aren't even in the dictionary. Alt-right. 'Alt-left.' Antifa. The list goes on. Here's a glossary of phrases infiltrating our political vocabulary:
Comments

Why They Came to Charlottesville

So ask yourself this; if they came to your town, your neighborhood, where you live and work: How would you confront this threat? 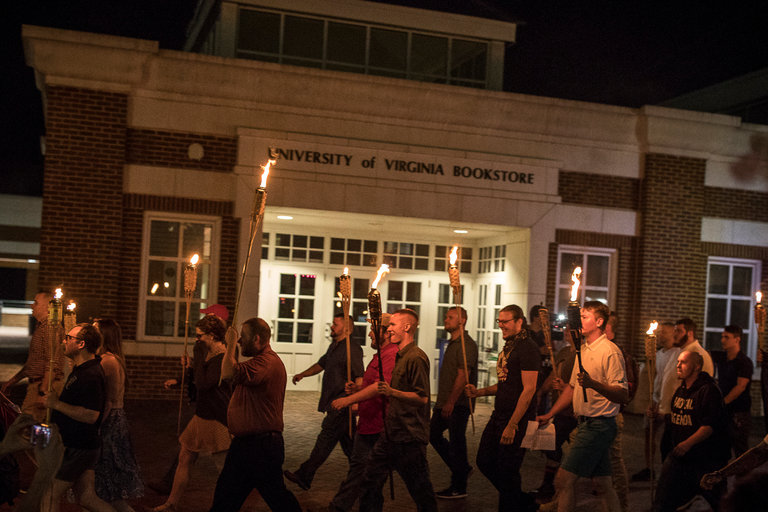 Opinion | Why the Nazis Came to Charlottesville

And why I was wrong not to confront them.

August 09, 2017, 03:50 PM Humor, Sports, Via Social Media
This is a very cool promotion using nicknames on the team jerseys.