If Election Day still feels so close, yet so far away, it's time to escape -- mentally, at the very least -- to wide-open places where solitude is easily achieved. 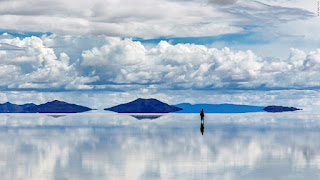 Obama to Appear on Bill Maher

October 22, 2016, 11:44 AM History, Sports, Television, Via Social Media
Good game tonight, will be watching on TV. Can the Cubs get to the World Series?

If you're going to end a World Series drought, you might as well do it against a distinguished opponent. That's the chance that the Cubs have given themselves. They'll face Clayton Kershaw on Saturday night, with the Dodgers backed against the wall.
Comments

Canadians are here to offer a sympathetic message to lift Americans’ spirits during a U.S. election cycle that has broken all norms for civility.

Take the time to read the Democratic Party platform

Compare it to the the Republican Party platform