Jumping, bat-twirling, pointing -- this kid does it all.
Comments

Eulogy for the Long Email

July 12, 2015, 08:09 AM Culture, Technology, Via Social Media
"There’s a real shame in that because there are some things that can only be expressed in something reflective and lengthy.”
Source:
A Eulogy for the Long, Intimate Email
Description:
Of the many supposed casualties of the Internet age (attention spans, privacy), one seems sadly certain: the long-form personal email correspondence.
Comments

July 11, 2015, 07:49 AM Culture, Technology, Via Social Media
Fascinating article that I believe does point out clear differences that I've noticed in how younger people (my children, their friends, younger relatives, and others) think, learn and react having been exposed to this still relatively new online world in the last 15-20 years.
Source:
Building Attention Span
Description:
Technology-driven losses in attention span are interfering with our ability to become deep and complex people.
Comments

July 10, 2015, 05:42 AM Culture, Sports, Via Social Media
Good article. Bartolo is still out there winning ball games and that's amazing.
Source:
Defying Time and Space
Description:
At 42, and 100 pounds heavier than when he began pitching in the major leagues 213 wins ago, Bartolo Colon continues to confound.
Comments

This Bluetooth handset looks like an original Star Trek communicator and will boldly go with any mobile device. 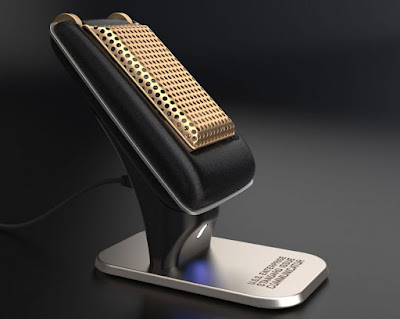 
Thank you for your message. Someone will be in touch with you shortly.